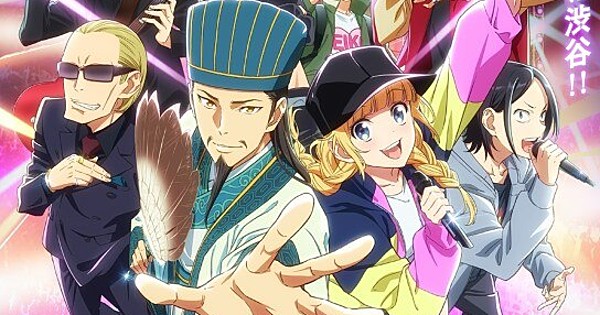 Kaede Hondo stars in the show as the speaking voice of the musical artist Eiko Tsukumi, but 96Neko provides the character’s singing voice. The other cast members include:

The anime will premiere on April 5 on the Tokyo MX, MBS, and BS NTV channels. Osamu Honma (episode director for The aquatope on white sand, Fairy gone, IRODUKU: The World in Colors) is directing the anime at P.A. Works. Yoko Yonaiyama (scriptwriter for Uma Musume Pretty Derby both seasons) is overseeing the series scripts, and Kanami Sekiguchi (Hanasaku Iroha – Blossoms for Tomorrow, Shirobako) is designing the characters. Genki Hikota (theme songs for Lapis Re:LiGHTs, Yuri!!! on Ice) from Hifumi,inc. is composing the music at Avex Pictures.

Other staff members include: The manga launched on Kodansha‘s Comic Days website in December 2019. Last year’s 51st issue of Kodansha‘s Weekly Young Magazine that the manga would also run in that magazine starting in the 52nd issue on November 22. The manga’s seventh compiled volume shipped on November 18.

Kodansha Comics began publishing the manga digitally in English on June 1. The company describes the manga:

General of the Three Kingdoms, Kongming had struggled his whole life, facing countless battles that made him into the accomplished strategist he was. So on his deathbed, he wished only to be reborn into a peaceful world… and was sent straight to modern-day party-central, Tokyo! Can even a brilliant strategist like Kongming adapt to the wild beats and even wilder party people?!

The sixth compiled volume of the manga released in English on December 7.