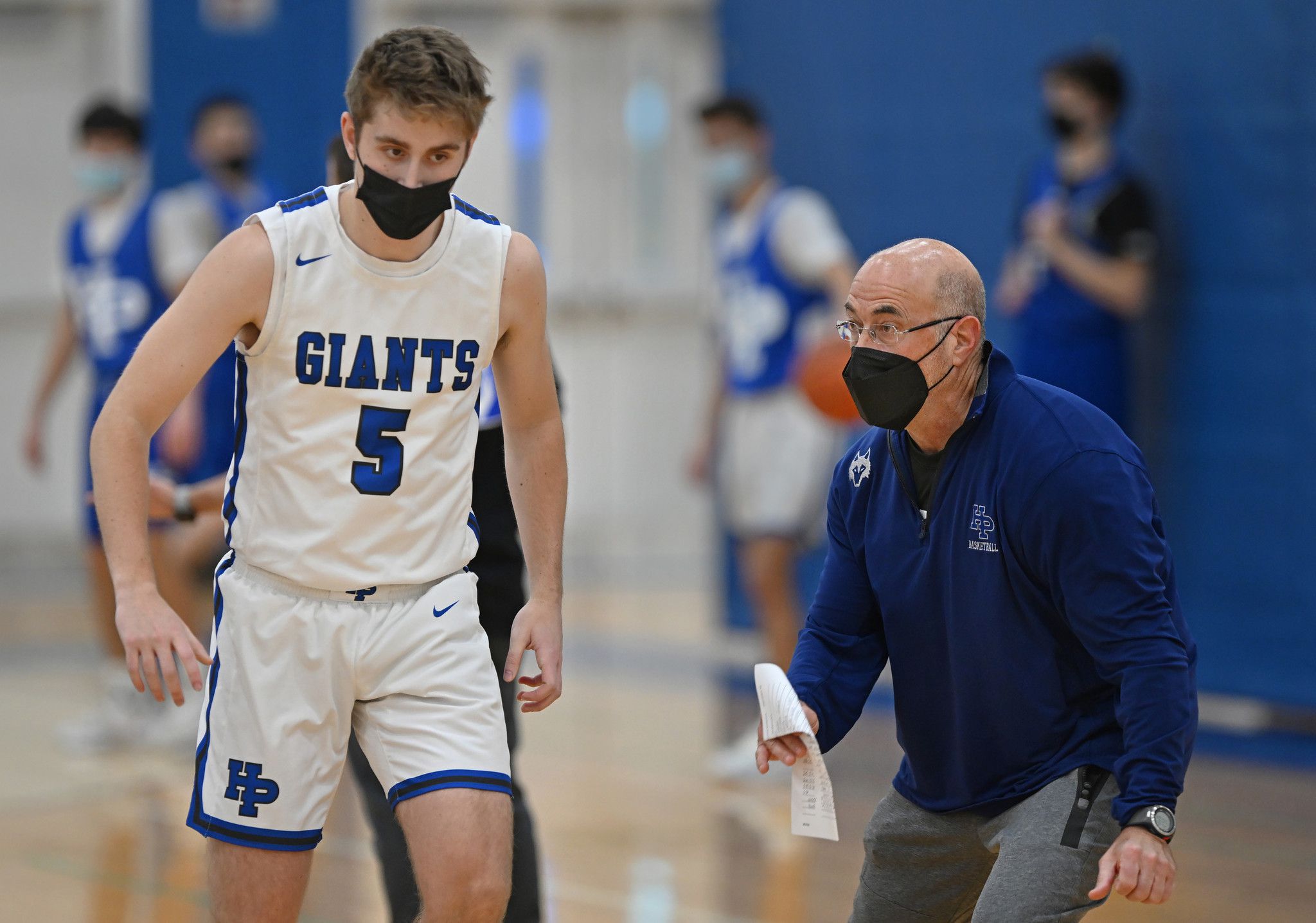 Homework assignments over winter break are seldom well-received. But Jesse Burstyn had no complaints about this one.

The Highland Park senior guard and his teammates had to read “Beyond Basketball: Coach K’s Keywords for Success,” a 2006 book written by legendary Duke men’s basketball coach Mike Krzyzewski and his daughter Jamie Spatola.

A Secret Santa — Highland Park coach Ross Deutsch, who knows Krzyzewski — distributed signed copies of the book at practice the day before Christmas.

Deutsch told his players to summarize the chapter that most resonated with them. Each chapter is named after an impactful word Krzyzewski built his program around.

“I had fun writing it,” Burstyn said. “If that was the only homework I had, I’d be cool with that.”

Burstyn chose the chapter titled “Culture” largely because it reminded him of the positive experience he has had in his four years in Highland Park’s program.

It also made him revisit his freshman year, when his father, Len, died.

“While my dad was in the hospital, my coaches (Don McCord and Bryan Rome) videotaped my games so my parents could watch me play,” Burstyn said. “I think back to how much I’ve grown as a person in these four years, and the culture we have is a perfect representation of what Highland Park basketball is about.”

Burstyn said he also wrote about how the program’s culture embodies the idea of “having each other’s back,” especially when someone is going through a difficult period. He outlined how he drew strength from his coaches after his father’s death and hopes that translates to the court, with his teammates knowing they can lean on him.

Also notable in Burstyn’s write-up: no mention of wins and losses.

But that doesn’t mean those aren’t important.

“There are no moral victories with us,” Deutsch said. “We want to win every game we play. But it’s the shared experiences and being part of a team that will help these guys become successful outside of basketball.”

As the calendar flipped to 2022, the Giants’ strong culture was tested. They lost seven straight games to end 2021 after a promising 5-2 start. Cancellations due to COVID-19 then dominated the first two weeks of the new year.

“It’s frustrating, but we’re not discouraged,” Burstyn said. “There’s no pointing fingers, and learning from these losses will ultimately lead to more wins.”

Dewey does it: If there’s one player who has perfectly mirrored the incremental progress of Lakes’ season, it’s Tyson Dewey.

The junior wing got a late start due to a football injury and then missed time due to COVID-19.

But now that Dewey is back in shape, both he and the Eagles are reaping the benefits.

“I feel like I’ve gotten back into my groove and can do everything the team needs me to do,” he said.

Dewey’s presence is particularly felt on the defensive end, where his elite athleticism almost always finds him checking the opponent’s top offensive player. But he also can help on the offensive end in a variety of ways.

News updates from Lake County delivered every Monday and Wednesday

“Being able to guard people both inside and outside really helps us out,” Lakes coach Chris Snyder said. “He just does everything the right way. He’s unassuming, and he shows up every day ready to work.”

It’s probably not a coincidence that Dewey had his most statistically impactful game in the Eagles’ 69-68 win against Northern Lake County Conference favorite Wauconda on Jan. 8.

His career-high 16 points included a clutch 3-pointer in the fourth quarter and a contested transition layup that forged a 66-66 tie.

It was a confidence-building, signature win for the Eagles. For Dewey, the effort was a perfect bounce-back from a tough shooting night three days earlier in a 43-42 overtime win against Antioch.

“After that game, I felt like I needed to get some extra shots up,” Dewey said. “I’m grateful that it paid off, but it was important not to dwell on.”

Tidbits: Carmel senior guard Bryce Moore scored his 1,000th career point in a 62-52 win against Nazareth on Jan. 4. For the season, the Niagara recruit is averaging 19.6 points, 6.9 rebounds and 2.6 assists. … Also standing out for Lakes in its recent resurgence have been senior guard Ethan McGruder and junior forward Brock Marino. McGruder averaged 18.0 points in two wins, and Marino had back-to-back double-doubles, including 12 rebounds in both games. … Antioch snapped a five-game losing streak with a 43-32 win against Round Lake on Wednesday. Regardless of outcome, though, senior Leighton Costello has been a bright spot, playing both guard spots, leading the Sequoits in 3-pointers and ranking second in blocked shots.