With trial a go, jury in Ald. Patrick Daley Thompson’s case can hear about efforts to amend his tax returns, judge rules 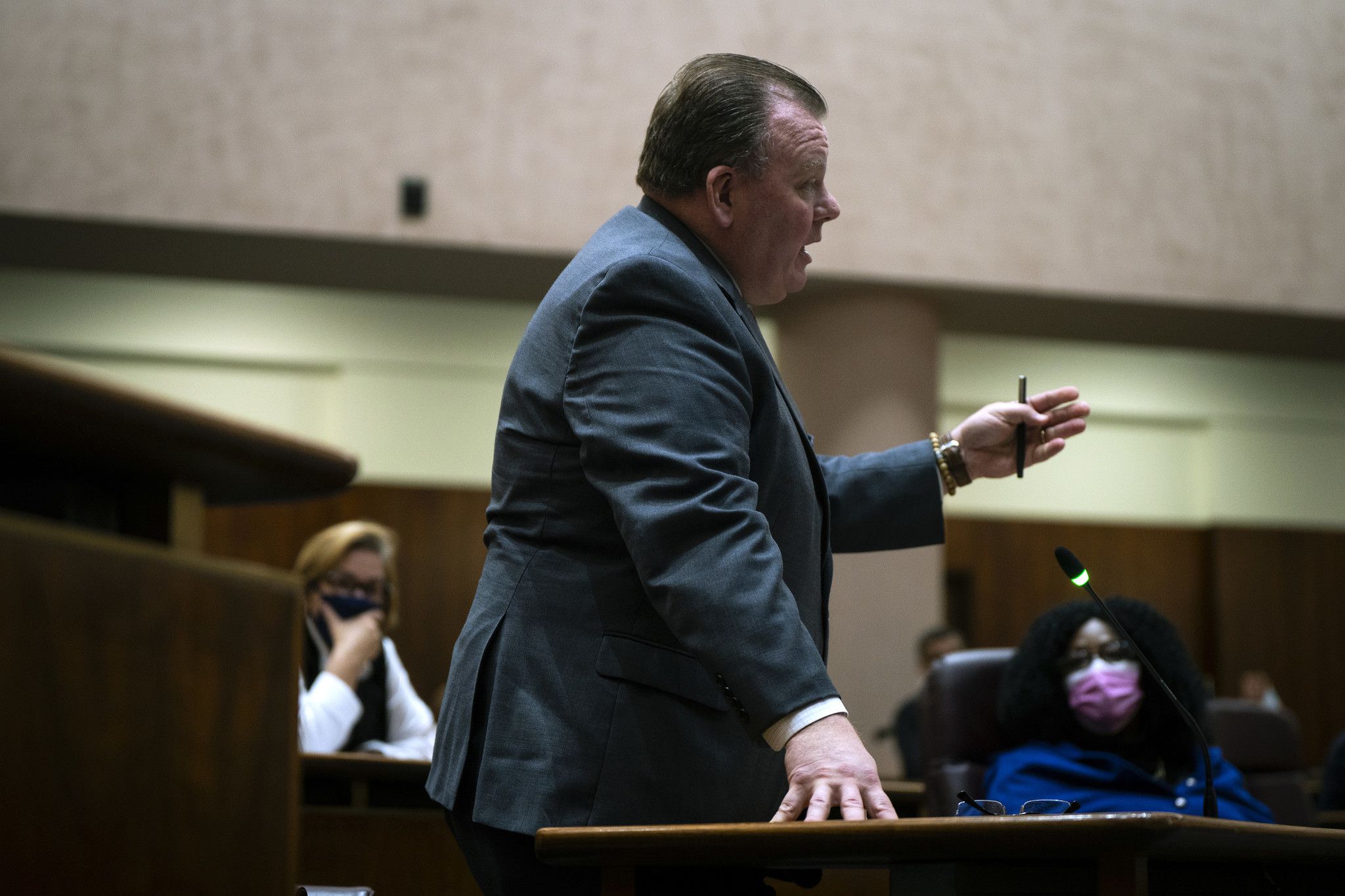 Chicago Ald. Patrick Daley Thompson will be able to present evidence that he took steps to amend the tax returns at the center of the charges against him, a judge ruled Friday, after agreeing the latest COVID-19 surge won’t delay Thompson’s federal trial next month.

The case will mark the first criminal trial for a sitting Chicago alderman in more than 20 years.

U.S. District Judge Franklin Valderrama made the ruling during a final pretrial conference for Thompson, who is set to go on trial Feb. 4 on charges of filing false tax returns and lying to Federal Deposit Insurance Corp. officials about payments he received from a line of credit at Washington Federal Bank for Savings.

Prosecutors had argued that Thompson’s effort to fix his tax returns came only after he was confronted by federal investigators about the loans, and that the amendments he made were self-serving and irrelevant to the charges.

The ruling was a significant victory for Thompson’s defense team, which has said the alderman’s errant tax filings were the result of sloppy bookkeeping, not any attempt to avoid payment of taxes.

Also during Friday’s conference, Valderrama barred Thompson’s attorneys from eliciting “any character evidence related to (Thompson’s) intelligence,” but said he might allow in testimony about the alderman’s “attention span, disorganization, or lack of attention to detail and/or memory.”

Thompson, 52, the 11th Ward alderman since 2015, was charged last April in a seven-count indictment stemming from a larger probe of the 2017 collapse of Washington Federal, a clout-heavy bank in the Daley family’s longtime Bridgeport neighborhood.

That investigation has led to charges against 15 of the bank’s former officers, employees and customers alleging a scheme to embezzle million of dollars by issuing bad loans with little or no collateral and falsifying records to cover it up.

Thompson, the grandson and nephew of Chicago’s two former mayors, was not accused of wrongdoing surrounding the bank’s collapse, and Valderrama on Friday barred any evidence of the alleged embezzlement scheme from the alderman’s trial.

However, a former loan officer at the bank, Alicia Mandujano, is expected to testify that Thompson was aware of the status of his $219,000 in loans and that he was not making payments on the principal or interest.

The indictment alleged Thompson then falsely claimed a mortgage interest deduction on his tax return even though the loan was not a mortgage and no interest had been paid.

Mandujano, who pleaded guilty to conspiracy earlier this week, admitted in a 27-page plea agreement with prosecutors that the then-president of Washington Federal, John Gembara, directed her to alter the bank’s records to make it appear that Thompson was making payments on the loan.

Gembara was found dead in the home of one of the bank’s customers less than two weeks before the bank’s closure. His death was ruled a suicide.

Thompson’s attorney, Chris Gair, said the prosecution’s summary of Mandujano’s testimony in the plea agreement was “highly misleading” and that she will clarify that Thompson had no knowledge of any wrongdoing by the bank with respect to his loan.

The proceedings will be subject to strict COVID-19 protocols that have allowed the courthouse to remain open for business despite the recent surge in the omicron variant.

Valderrama began Friday’s hearing by asking both sides if they wanted to request a continuance due to COVID-19 issues. Both prosecutors and the defense team said they wanted to go ahead with the trial.

To accommodate crowds and allow for social distancing, members of the media and public will be able to watch the proceedings via a live video feed in the large ceremonial courtroom on the 25th floor of the courthouse.

The judge said any witnesses or attorneys who wish to take their masks off during the trial must first verify under oath that they have been vaccinated and boosted against COVID-19. Witnesses and jurors will also be tested regularly for the virus throughout the trial, he said.

Valderrama said he expects jury selection to go quickly and that they will get to opening statements and some witness testimony on the first day. The trial is expected to wrap up no later than Feb. 15.

Most of the evidence in the case involves Thompson’s tax documents and bank records and testimony is expected to be relatively dry.

Though the charges are unrelated to his duties as alderman, Thompson’s attorneys have asked to show the jury the alderman’s 11th Ward biography to give them a sense of “who he is.”

Prosecutors objected, saying it’s irrelevant to the charges and is just a list of good deeds he’s done.

Valderrama has said he’ll rule on that issue in writing, along with a number of other evidentiary requests from both sides.

One of the key witnesses in the trial will be accountant Robert Hannigan, who prepared Thompson’s tax returns and testified earlier this week that the alderman first talked to him about amending the filings on Dec. 7, 2018.

That was five days after the FBI knocked on Thompson’s door and started asking questions about payments from Washington Federal. Agents also handed Thompson a subpoena that day asking for his tax information.

Thompson’s attorneys have said Hannigan previously told their legal team that he’d actually talked with Thompson about the tax issue in November, well before the alderman was aware of any investigation.

In a statement after the indictment was announced last year, Thompson said his “conscience was clear” and that he’s paid the back taxes owed and repaid the rest of the loan in question.

“I did not commit any crime, I am innocent and I will prove it at trial,” the statement said. “The charges in the indictment do not relate in any way to my public service or to my professional life. I remain 100% dedicated to serving the people of Chicago to the best of my ability.”