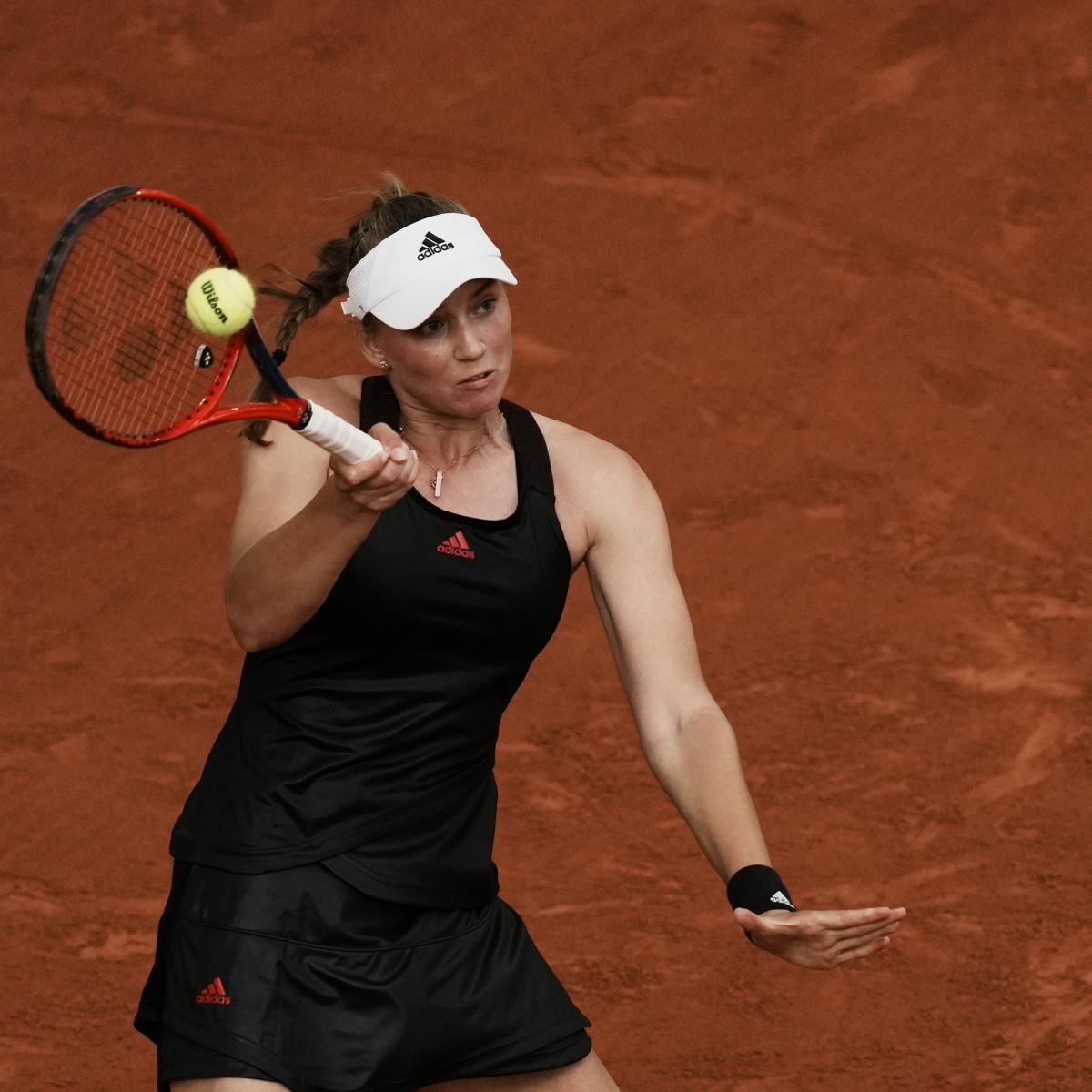 Serena Williams is out of the 2021 French Open and a first-time Grand Slam finalist will come out of the bottom half of the women’s singles draw.

Williams was ousted in straight sets by No. 21 seed Elena Rybakina in Sunday’s round of 16 play. Rybakina is now the highest-seeded woman left in that part of the draw.

With Williams and Azarenka out of the draw, two of the top 16 seeds in the women’s bracket are still alive at Roland Garros.

Some of the stars in the men’s singles draw will be around to play in the quarterfinals. Stefanos Tsitsipas, Daniil Medvedev and Alexander Zverev all advanced with ease on Sunday.

On Sunday, the trio of top-six seeds blew past their competition to reach the final eight, where Tsitsipas and Medvedev will do battle.

On paper. Tsitsipas had the toughest fourth-round opponent in Pablo Carreno Busta, but he faced little to no threats in the opening two sets.

Carreno Busta played tougher in the third set, but Tsitstipas earned a vital break at 5-5 to earn the chance to close on his own serve.

The 12th-seeded Spaniard finished with a better first-serve percentage than the fifth-seeded Greek, but he also had 15 more unforced errors.

Tsitsipas went 5-for-12 on break-point opportunities. He finished with one less break-point win than Carreno Busta had break points.

Medvedev, who prior to the tournament did not have a win in Paris, cruised yet again by defeating Cristian Garin in just over two hours.

The No. 2 seed dominated the first two sets by outscoring Garin 12-3. Similar to Carreno Busta, Garin played much better in the third set, but he could not force a third-set tiebreak.

Zverev did not face much of a challenge from Nishikori, as he got better as the match went on. The sixth-seeded German held Nishikori to two game victories in the final two sets.

Zverev won eight of his 11 break points and won 28 more percent of his first-serve points than his unseeded foe.

One of the four winners on Sunday will be playing for their first Grand Slam title on Saturday.

Azarenka and Williams were the last two Grand Slam winners left in the bottom half of the draw, and they were both upset by seeded opponents.

Williams was outmatched by Rybakina over the course of two sets, starting with a 6-3 first-set win from the No. 21 seed.

Rybakina won both of her break-point opportunities and took nine of the 21 receiving points off Williams’ serve in the opening stanza.

Williams put up more of a fight in the second set, but she was broken on her final service game. That allowed Rybakina to close out the match on her serve.

Rybakina, who never got past the third round at any major before Paris, is now the highest seed left of the four confirmed quarterfinalists.

Pavlyuchenkova faced a more difficult path to take down Azarenka, as the No. 15 seed took the first set.

The 31st-seeded Russian broke Azarenka’s serve on eight occasions, and she started her run to the finish with a break at 4-3 in the second set.

In the third set, Pavlyuchenkova won five consecutive games to close the match. Two breaks of serve were included during that run.

Paula Badosa had to battle through three sets as well to take down Marketa Vondrousova. The 33rd-seeded Spaniard used two early breaks in the third set to gain separation.

Tamara Zidanesk took down Sorana Cirstea in the lone unseeded match to land her first quarterfinal berth a major. Zidansek had not gotten out of the second round in any of her previous major appearances.