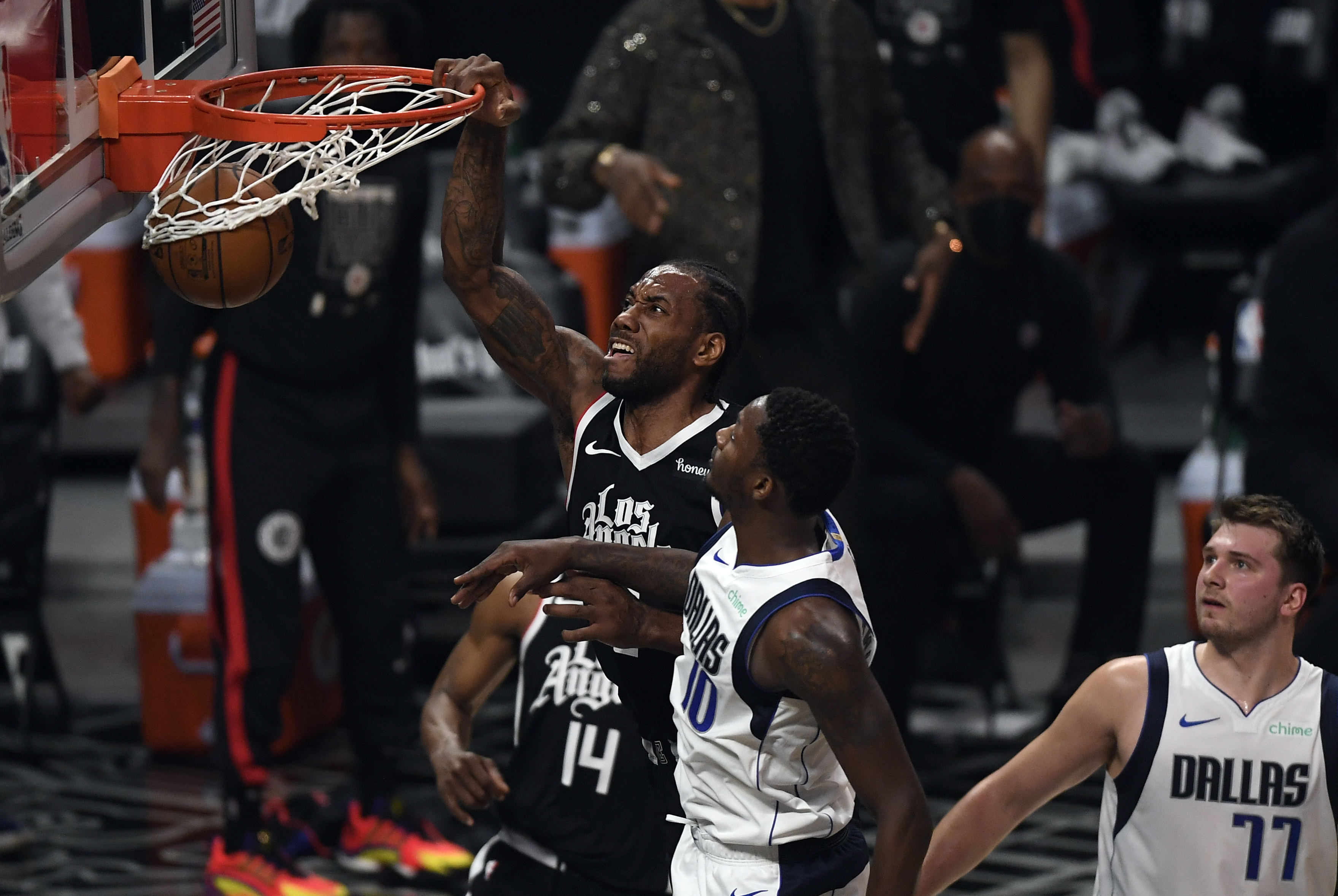 For the second straight year, the Los Angeles Clippers knocked Luka Doncic and the Dallas Mavericks out of the Western Conference playoffs in the first round.

And for the second straight season, it took one hell of an effort to put the Mavs down.

Led by Kawhi Leonard, the Clippers beat the Mavs 126-111 in Game 7, spoiling another Doncic classic (46 points).

Kawhi is too smooth 😎 pic.twitter.com/SF2cfWOeUC

The Clippers never quite found an answer for Doncic in the series. Luckily for them, the rest of the Mavericks couldn’t play up to his level.

This was a bizarre series, with the road team winning the first six games before the Clippers finally held serve at home in Game 7. While they advance to the second round, the Mavericks will head into the offseason looking for ways to get Doncic more help.

The narrative around these Clippers, fair or not, has been that they lack heart and don’t come through in the clutch after last season’s collapse against the Denver Nuggets in the Western Conference Semifinals.

Had they lost to Doncic and the Mavs on Sunday at home in a Game 7, that reputation would have become impossible to shake.

But Leonard, as he’s done in the past for the San Antonio Spurs and Toronto Raptors, came up clutch when the Clippers needed him. The Clippers may have a long way to go before they live up to the lofty expectations heaped upon them when Leonard and George teamed up two summers ago, but getting past Doncic is no small feat.

Kawhi Leonard had to remind everyone why he was worth such a commotion in 2019. His effort the last two games of this series – after that airball 3 at the end of Game 5 had Rajon Rondo giving him the gas face – is what the hype was all about.

“this is the Kawhi Leonard that we were looking for against Luka Doncic, take it personal, take the challenge and eliminate his impact on the offensive end”
this was the play in the background where the Clippers trapped Luka as he came off the screen. pic.twitter.com/6TscuzT7Ji

Without Leonard’s big showings in Games 6 and 7, the Clippers would be on vacation.

Doncic Gave Everything He Had

What more could this man do?

“He’s a combination of Magic Johnson and Larry Bird.”

This Luka take in #PhantomCam is special. 📸

And it still wasn’t enough.

Some credit obviously goes to the Clippers, who are a good team. But much of the blame resides in Dallas’ supporting cast, who simply didn’t rise to the occasion. It’s become clear this season that Kristaps Porzingis likely will never be a good enough second option to get the Mavs over the hump.

At halftime…
Luka Doncic: 29 points on 14 shots
All other Mavericks: 33 points on 33 shots

Donnie Nelson has to get Luka more help.

just two of the 10 Mavericks who have played in this game were acquired after January 2019: Boban Marjanovic and Josh Richardson. Dallas hasn’t meaningfully improved the roster around Luka Doncic in 2.5 years.

Dallas needs to find a way to get Doncic a second star. In a loaded Western Conference, Doncic is good enough to get the Mavs into the playoffs. He may even be good enough, as he continues to improve, to win a series or two.

But he won’t win a title by himself. Sunday was another reminder.

The Clippers travel to Utah to face the Jazz in Game 1 of the Western Conference Semifinals on Tuesday at 10 p.m. ET (TNT).