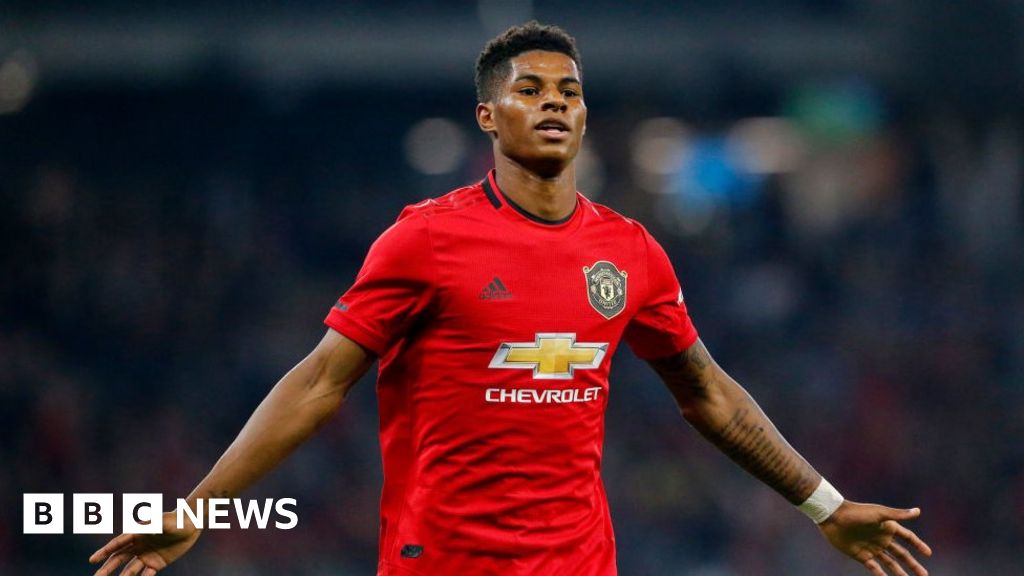 The England forward, 23, has called on people to write to their MP in a bid to end a “child hunger pandemic”.

He has spoken out as a Food Foundation survey found 15% of 6,490 households have experienced insecurity about food in the past six months.

Data showed this was 27% higher than before the coronavirus pandemic, when Rashford began his hunger campaign.

A government spokesman said that it would “continue to support eligible pupils during the school term” and families had “benefited from additional support for food and utilities” during holidays.

Manchester United striker Rashford said: “While we’ve come a long way in the last 20 months, placing the issue of child food poverty at the forefront, devastatingly, the issue is getting worse not better.

“The entire nation got behind the national team this summer so let’s put these figures in football terms: You can fill 27 Wembley stadiums with the 2.5 million children that are struggling to know where their next meal might be coming from today.

“What is it going to take for these children to be prioritised?

“Instead of removing support through social security, we should be focusing efforts on developing a sustainable long-term road map out of this child hunger pandemic.”

Rashford is supporting three recommendations as part of businessman Henry Dimbleby’s National Food Strategy, which aims to guarantee that every child at risk of going hungry gets some good food every day:

The player, who has told of his own impoverished childhood in Wythenshawe, Manchester, is calling on the government to support the plans.

Last year he waged a high-profile campaign to persuade ministers to provide free meals to vulnerable children throughout the school holidays during the pandemic, forcing Prime Minister Boris Johnson into a U-turn.

Anna Taylor, executive director of The Food Foundation, said: “This will only get worse if left unaddressed and entrench inequalities deeper.”