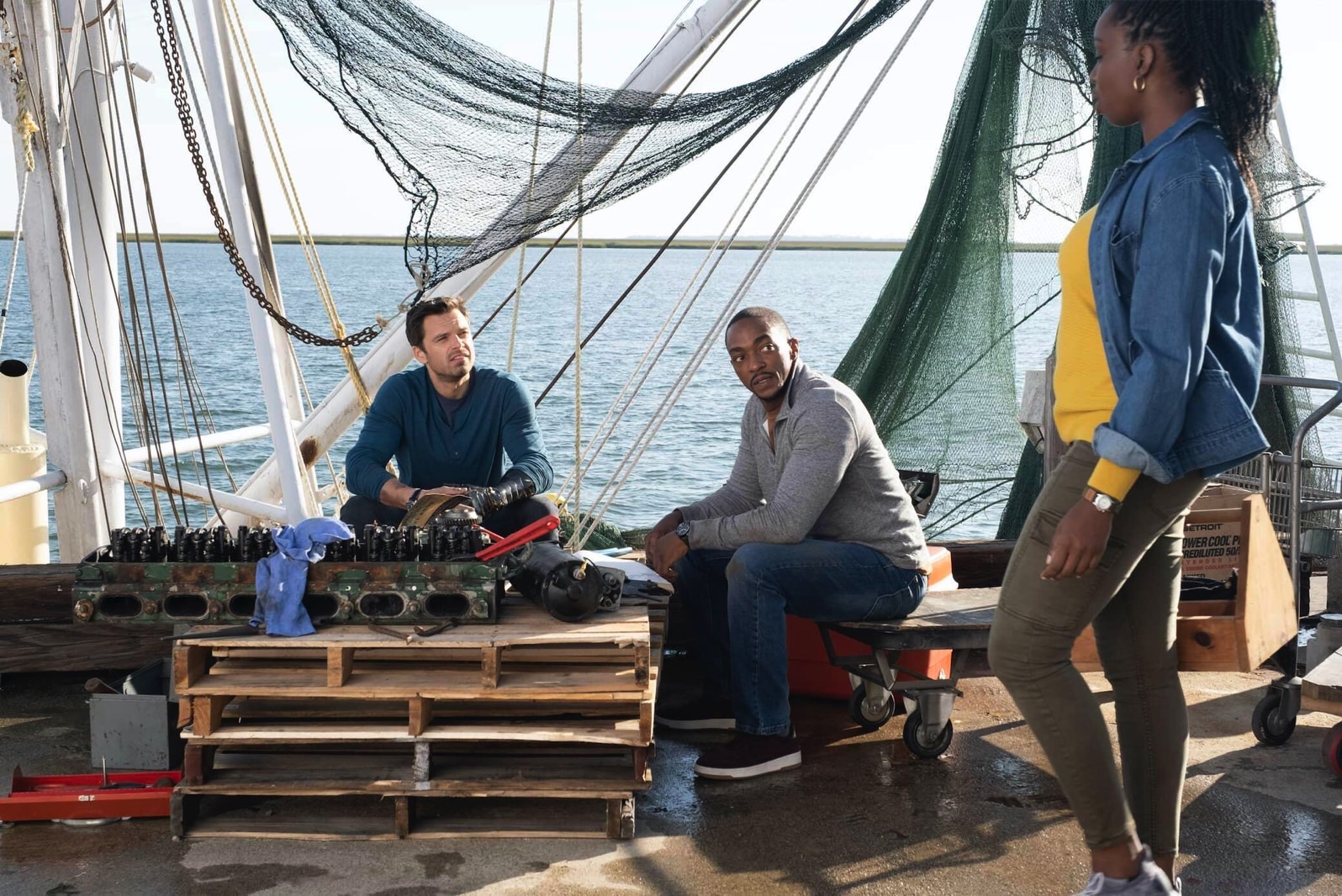 The first Falcon and the Winter Soldier season ended just over a week ago on Disney+, delivering fans the new Captain America who might lead the Avengers in the future. Sam Wilson (Anthony Mackie) accepted the shield and we expect to see him in various MCU projects down the road, including Captain America 4. Falcon also offered us a closer look at another Avenger’s story. Bucky (Sebastian Stan) has now fully transitioned to the side of good. His redemption isn’t quite complete, but we’ve finally seen the character for who he is now that he escaped the Winter Soldier nightmare. Then there’s the great collection of anti-heroes in the series, including Baron Zemo (Daniel Brühl), US Agent (Wyatt Russell), and the Power Broker (Emily VanCamp), all of whom should appear in future MCU adventures down the road. And let’s not forget about Julia Louis-Dreyfus’s great cameo as Val, a Marvel spy who will probably clash with Nick Fury soon.

Speaking of Avengers and cameos, Falcon also featured James Rhodes (Don Cheadle) in the first episode, and it goes without saying that Steve Rogers cast a long shadow over the show. We never got to see Chris Evans appear as old man Steve as we all hoped, but at least we learned a few things about him in the show. It turns out that The Falcon and the Winter Soldier showrunner also wanted another key Avenger to appear in the series, but Marvel decided to intervene and block it.

Now that the Falcon finale is beyond us, Disney released The Making Of episode for the new series. Separately, the main crew members can now talk about the show in interviews more freely than before. There’s nothing left to spoil, and they don’t have to worry about formulating ambiguous answers.

Falcon showrunner and head writer Malcolm Spellman talked to Inverse about the now-completed series, and that’s the interview where he revealed that he wanted Tom Holland’s Spider-Man to appear in the finale. But Spellman faced strong opposition from Marvel Studios boss Kevin Feige, who explained to him that you can’t just yank any Avenger you want and bring them to the story if it doesn’t make sense:

Inverse: The show’s finale takes place almost entirely in New York, which is a hub for so many characters in the MCU. Were there ever any talks of a character like Peter Parker having a cameo during the episode?

Malcolm Spellman: Of course! Then Kevin Feige tells you, ‘No. Stop it.’ Listen, when you first show up to these projects, in your mind you think you’re gonna get to use everybody in the MCU. But Marvel always asks, ‘Does this person belong in this story? You cannot just geek out and put all of our characters in your project because you like them. They have to occur organically.’ So Spider-Man did not make it.

Having Peter Parker in the finale would have been a Mandalorian-grade cameo, but it likely would have done more harm than good. The finale belongs to Sam. It’s the moment we’ve all been waiting for. Sam accepts the shield and performs his duty as the new Captain America while honoring the title. It’s not just Sam’s new Cap costume and fighting skills that shine in the finale, but also his attitude and dignity that are expected from this particular superhero.

Being one of the most popular Marvel heroes out there, a Spider-Man cameo would have unnecessarily shifted some of the attention to him. Not to mention that bringing Spider-Man in for a cameo might be problematic because Marvel needs Sony’s approval anytime it wants to use the character.

Feige’s decision to block Spellman’s “geek out” makes sense in the grander scheme of things. The has made it clear in the past that the MCU TV shows are complimentary stories that will not impact the main story significantly. People who do not see the shows will still understand the movies, as Feige said in previous interviews. Also, we’re used to seeing simple stories that make sense from Feige and Co. Both WandaVision and Falcon and the Winter Soldier fall into that category. Spider-Man would have had no place in the finale and would have sent the wrong message, unnecessarily raising expectations for future Disney+ shows.

As an aside, The Falcon and the Winter Soldier is set six months after Endgame, but a couple of months before Far From Home. We’ll see Tom Holland reprise his Spider-Man role on December 17th, when No Way Home is due to premiere in theaters around the world.

Amazon has real diamond stud earrings for under $60 — and reviewers love them so much! Price:$59.90

Chris Smith started writing about gadgets as a hobby, and before he knew it he was sharing his views on tech stuff with readers around the world. Whenever he’s not writing about gadgets he miserably fails to stay away from them, although he desperately tries. But that’s not necessarily a bad thing.