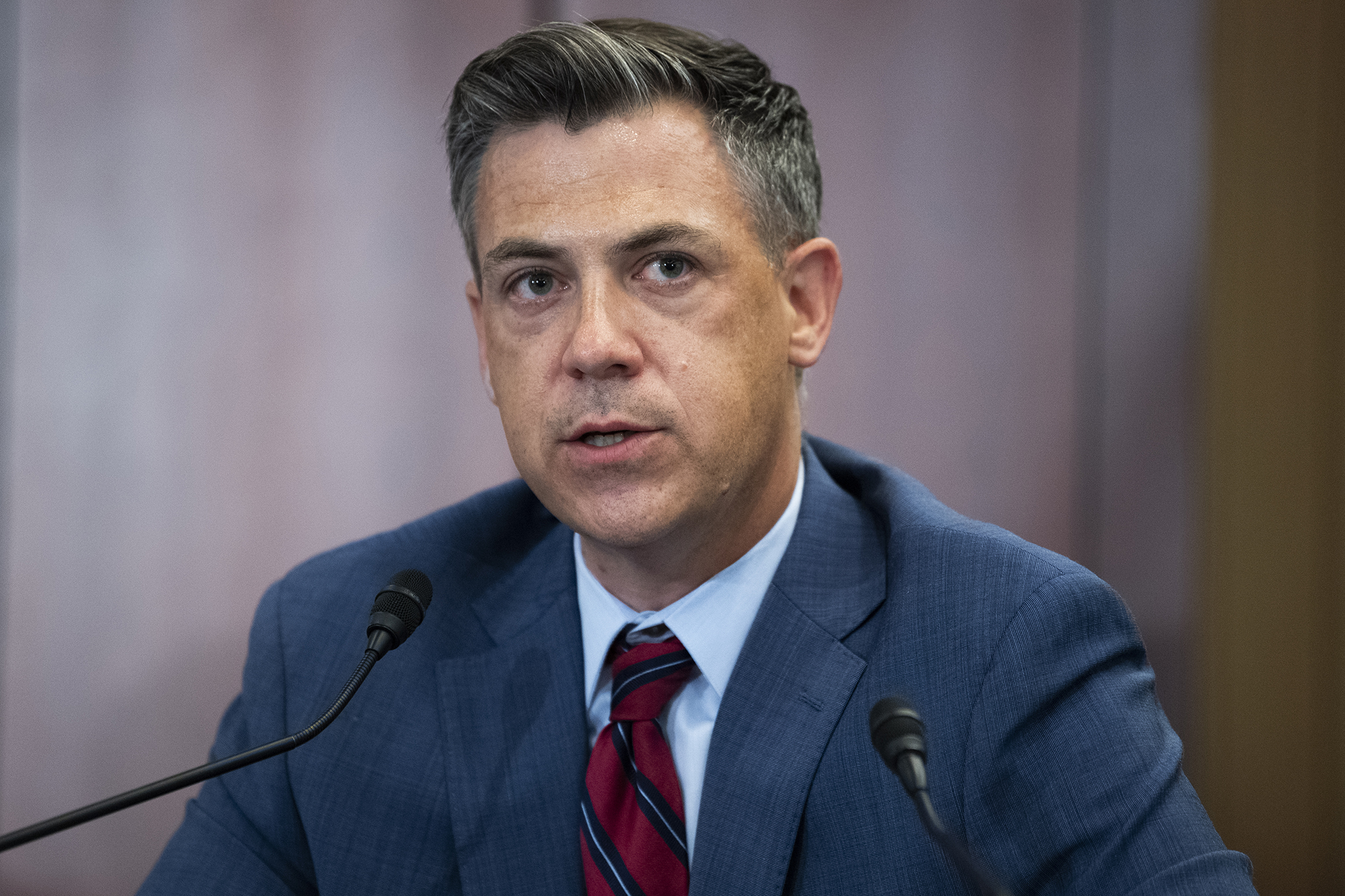 Republican Study Committee Chairman Jim Banks laid out his case against President Biden and the House Democrats’ sweeping social spending bill in a memo sent to members of the largest conservative caucus in Congress on Tuesday.

The Indiana Republican said his staff dissected provisions that progressives are pushing to be in the $3.5 trillion spending package — which passed in the House Budget Committee in September but is expected to be whittled down to $2 trillion if not less after pushback from moderate Democrats.

Banks accused members across the aisle of “playing ‘hide the ball’ with the bill text” and alleged “they bring it to the floor and tout some poll numbers and scare their members into voting for it.”

Banks listed bullet points on provisions Republicans are pushing back on, arguing it,  “Perpetuates a labor shortage” by continuing “welfare benefits without work requirements for able-bodied adults without dependents at a time where there are 10.1 million job openings—more openings than there are people looking for work.”

“Each of these 42 bullets is enough to vote against the bill. Taken together—it’s mind-blowingly corrupt,” his report summed up.

“We need to loudly oppose it. Democrats are scattered. The Biden agenda is in question. It’s the perfect opportunity to build public sentiment against this bill. The American people need us to be the vanguard against the Left’s radical plans.

“It’s not an understatement to say this bill, if passed, will fundamentally change our country forever — Americans will wake up in a few years and wonder what happened to their freedom. We can’t let that happen.“

Included among the provisions, the Republican said, are:

“This bill is a disaster and should be polling at 20 percent. We all know it.  So, how can we explain the 52-55 percent approval it’s garnered in the polls? The chief reason that it keeps polling favorably is because we haven’t done a good enough job letting the American people know what’s in it,” he wrote.

The memo went on to allege it “pushes Democrats’ wasteful and confusing school lunch agenda: $643 million for, among other things, ‘procuring…culturally appropriate foods’ in addition to providing a “tax credit for wealthy donors who give to woke universities: The bill creates a new tax credit program that gives tax credits worth 40 percent of cash contribution that are made to university research programs.”

Democrats have been at odds over what provisions should be included in the final version of the legislation, with Speaker Nancy Pelsoi (D-Calif.) acknowledging that the party will have to come down from the proposed $3.5 trillion but remained vague in what would be cut.

During a press conference on Tuesday, Pelosi was asked what item in the bill would be the first to go in order to get the price down and closure to an agreement.

“You must be kidding,” Pelosi told the reporter. “That’s a negotiation, that’s not something that I would be announcing here and I don’t even know what that would be.”

Right after, the speaker did say that in order to bring costs down, they would probably reduce “timing.”

“But it only would be in such a way that does not undermine the transformative nature of it, because some of it has to have enough money in order — to be — have sustainability that is — can be counted on.”