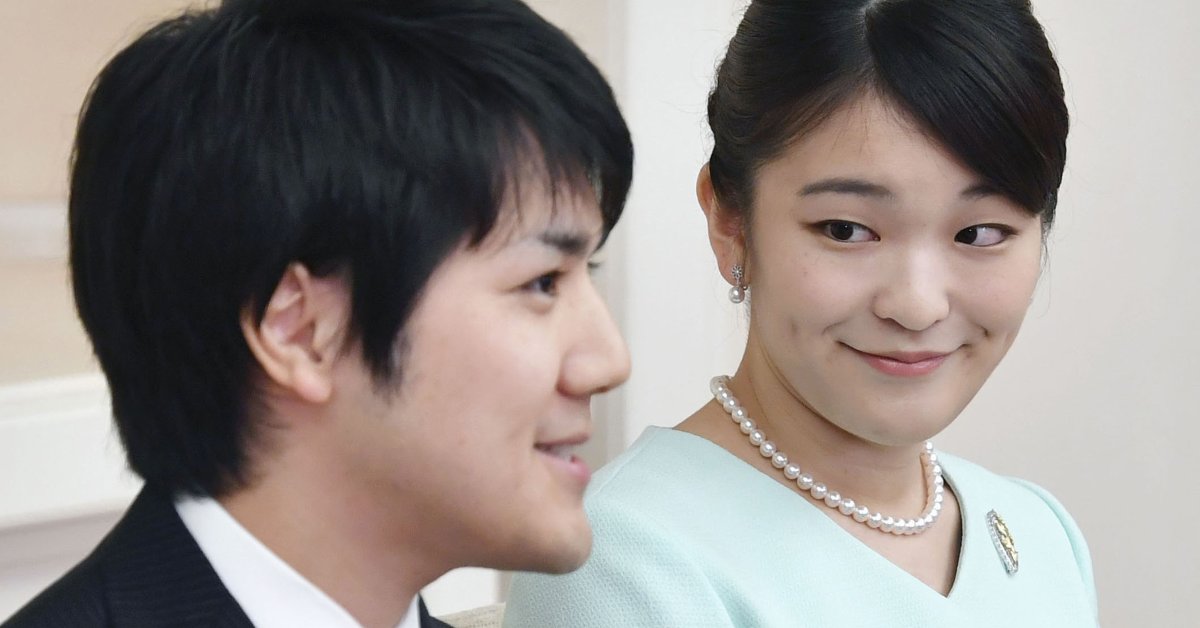 Under law, females lose their imperial status for marrying a commoner, with Mako being the latest family member to leave the Japanese monarchy after Ayako Moriya in 2018. She now becomes plain Mako Komuro and the ninth princess to renounce her royal status in post-war Japan, with her exodus reigniting debate about the shrinking royal line.

Women are not eligible to ascend the Japanese throne, and succession must be patrilineal, which limits the number of possible future monarchs. Only three men can succeed Emperor Naruhito: his 55-year-old younger brother, Crown Prince Akishino; his 15-year-old nephew, Prince Hisahito; and his 85-year-old uncle, Prince Hitachi.

An earlier poll from broadcaster NHK suggested that most Japanese would be ready to break from tradition by having an empress or an emperor from the maternal line to ensure stable succession. But the ruling conservative elite, including Prime Minister Fumio Kishida, want to preserve the world’s oldest monarchy the way it is now.

“They believe that the unbroken male line is essential to the legitimacy of the throne,” says Jeffrey Kingston, the director of Asian Studies at Temple University in Tokyo. “This isn’t really about the facts—it’s about a patriarchal ideology and the assumption that women wouldn’t be appropriate, as sort of the symbol of the nation, which the emperor is under the constitution.”

Tradition, succession and the Japanese monarchy

Princess Mako, right, attends the enthronement ceremony where Emperor Naruhito officially proclaimed his ascension to the Chrysanthemum Throne, at the Imperial Palace, Tokyo, in Oct. 2019.

The concept of a female Japanese monarch isn’t new. Eight empresses have taken the Chrysanthemum Throne in the past, though all of them were descendants from the male line.

It was only in 1889 that women were explicitly barred from ruling. An updated Imperial House Law in 1947 also stripped the royal status of 11 collateral family branches who shared a common ancestor with the imperial family. A princess will have to relinquish her imperial status if she weds outside the nobility, but this legal measure drastically reduced the pool of eligible males.

Meanwhile, there were no princes born in the four decades after 1965, sparking concern for the future of the line. While apprehensions were eased in 2006, when Prince Hisahito was born, the problem with succession looms. Prince Hisahito is the only male out of the seven remaining royal imperial family members under 40. If all the unwed princesses marry commoners, he will be the only Japanese royal left and speculation over the royal line will reappear.

“Will his wife produce a male heir?’ That will be the only thing people care about,” Kingston tells TIME.

Kishida’s government is tasked with addressing the issue. Being a leader of the conservative Liberal Democratic Party and a member of the right-wing nationalist group Nippon Kaigi, the new prime minister is unlikely to support breaking some 2,600 years of patrilineal tradition by opening the throne up to women or to men of the maternal line. But his spokesperson said Kishida will respect the findings of a government panel studying solutions to the problem, including allowing princesses who marry commoners to keep their imperial status, and selecting male heirs from former imperial family branches.

Christopher Harding, a historian of Japan who lectures at the University of Edinburgh, said the problem for conservatives goes beyond who sits on the throne.

“The difficult issue is the prospect of a child born of an empress regnant and a husband from outside the imperial family one day becoming emperor or empress,” Harding tells TIME. (An empress regnant is one who reigns in her own right, as opposed to one married to the emperor, who is known as an empress consort.) “That, in turn, would play into wider fears about Japanese culture gradually being eroded through a combination of domestic pressures and—say some conservatives—shadowy foreign forces out to weaken Japan as an international power.”

Prince Akishino, Princess Kiko and Princess Kako wave to Princess Mako leaving her home for her marriage in Akasaka Estate in Tokyo on Oct. 26.

Japan has eagerly kept tabs on Mako’s relationship with Komuro since the couple announced their engagement in 2017, with a wedding originally set for November the following year. The two met in 2012 while studying in Tokyo’s International Christian University, and Japanese media initially stoked excitement over the match.

But this quickly soured after reports of a financial controversy involving Komuro’s mother and her former fiancé in 2018. Their wedding was then postponed indefinitely, with the imperial family largely silent on the issue. Komuro went to New York in August 2018 to pursue a law degree, but the two did not escape media scrutiny. Komuro spoke on the allegations against his mother earlier this year, and reiterated that he would still marry the princess.

On Sept. 27 this year, after his graduation, Komuro returned to Japan to wed his fiancée—following which the couple plan to leave for the U.S.—but local tabloids were more fascinated with his new ponytail. Media coverage of the couple has been so critical that Princess Mako was suffering from a form of post-traumatic stress disorder, according to a spokesman of the Imperial Household Agency, cited in the broadsheet Mainichi Shimbun.

Kingston believes the media brouhaha reflects concerns among Japanese people that Komuro is not someone suited for marrying into the imperial family. “Who would want to put themselves in that pressure cooker and that goldfish bowl and have every move scrutinized and criticized?” he asks.

But for Yoshikazu Kato, a director of a Tokyo-based research and consulting firm Trans-Pacific Group (TPG), the unrelenting criticism reflects a shift in the imperial family’s relationship with the Japanese public. Questioning the royal family, an important symbol of Japanese culture, was once considered taboo. Kato now believes it’s time for the imperial household to be more open to discussing issues.

“Mako’s case is a good thing—it provoked a critical discussion,” Kato tells TIME. “This means progressive rather than conservative.”