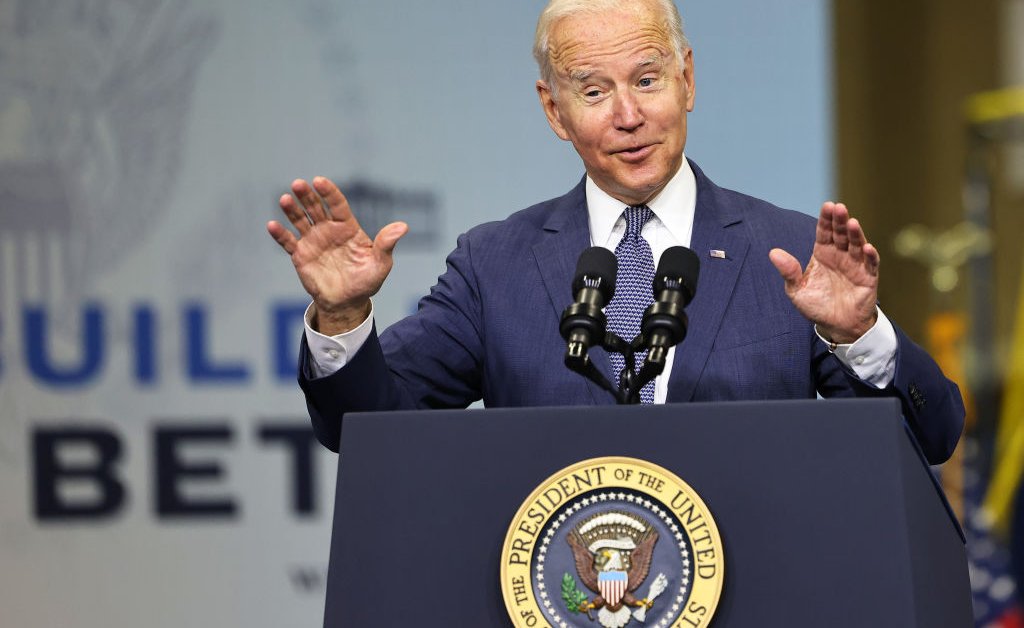 After months of false starts and internal divisions, it appears that President Biden and Congressional Democrats are on the verge of agreeing to a spending package to address climate change, childcare, housing, paid family leave and to lower drug costs. The number currently being bandied about is somewhat less than $2 trillion, but what has changed notably is that the original, ambitious plans to pay for that spending with a range of higher taxes on individuals and corporations have been pared back considerably in the face of opposition from Senator Kyrsten Sinema of Arizona and Joe Manchin of West Virginia.

Substantial increases in corporate taxes, capital gains taxes and income taxes also may fall by the wayside. That’s a far cry from the relentless drumbeat over the past year of making “the wealth pay their fair share” that has animated much of the Democratic caucus.

But while the situation remains fluid, one thing should have been clear all along: the Democrats should never have bet everything on a massive tax-and-spend bill. They should have from day one focused on the spending, not the taxing.

Why? Because the spending portions of the Build Back Better bill as well as the $1 trillion infrastructure bill already passed by the Senate are widely popular. Why else? Because no one goes to the polls and votes for higher taxes, even for higher taxes on billionaires (OK, maybe some people do vote for that but that may be the exception….). People vote for what they receive or hope to, not for what might be taken from them or from others, however fairly or equitably, in the form of taxes.

In fact, while polls have consistently shown that healthy majorities favor things like a wealth tax on the very rich, when voters actually vote directly on taxes in state-wide elections and referendums, they tend to reject them resoundingly. That shouldn’t be surprising. It’s one thing to favor an abstract tax increase on someone else, especially on the very rich who have benefitted immeasurably more than wage earners in a world awash in capital and strong stock markets. But when confronted with the potential for actual increases in taxes, voters suspect that they are not being told the truth and that all the promises in the world that “their taxes” won’t go up will prove false.

Assuming that the Democrats do indeed pass a multi-trillion spending bill, they will be left with the unenviable position of having crafted one of the largest domestic spending packages ever while leaving most voters with a negative impression. It’s a classic case of good policy being overshadowed by bad messaging. The prime culprit was trying to mix significant tax increases with substantial spending.

For sure, the Republicans and the media have played up internal Democrat divisions between moderate and progressives. Opinion pieces have railed against Sinema and Manchin for dividing the caucus and putting up roadblocks to the initial plans for a $3.5 trillion bill. Stories of internal “feuding” have proliferated. The sense of disarray in the party combined with waning support for President Biden after the debacle of the Afghan withdrawal, rising inflation and concerns about stalled progress against COVID-19 certainly haven’t helped.

Even so, the way the bill was crafted left it vulnerable to charges that it was the same old Democrat tax-and-spend. Because the initial plans included a swath of tax increases, the Republicans could take a unified stand. Fighting against childcare for suburban mothers would not have endeared Republicans to voters, but resisting tax increases (regardless of on whom and for what reason) is almost always popular. As Will Rogers once quipped, “The difference between death and taxes is death doesn’t get worse every time Congress meets.”

Had they not been so locked in their own narrative of both expanding the safety net and “making the wealthy pay their fair share” (as Biden kept intoning), the Democrats could have said that the dual plans of infrastructure, universal broadband, child tax credits and childcare and universal pre-K education were investments in the future dynamism of the U.S. that would pay for themselves in increased prosperity and productivity many times over. They could have forced opponents to argue against all of that, to argue against the future and against the U.S., which few Republicans would have had the stomach to do.

Yes, a bill with scant revenue and lots of spending will add to long-term government debt. And yes, the government cannot spend endlessly ahead of revenue. But as Japan has shown for the past twenty years, a country with a large and relatively healthy economy can borrow far more than orthodox economists believed without triggering inflation or higher interest rates. As the trillions spent during the pandemic also show, most Americans will support higher deficits if they believe the spending benefits the middle and lower income groups and not just the few.

At the same time, the Democrats could have kept, as they now are attempting to, the one aspect of tax increases that truly is popular among both Democrats and Republican voters: taxing not the wealthy, but the ultra-wealthy: the billionaires.

The Democrats are now contemplating some version of a wealth-tax on the fortunes of the 700 billionaires whose collective net worth is in the trillions. What form that ultimately takes and whether it can be enforced remains to be seen, but asking the likes of Jeff Bezos and Elon Musk and the Walton family to pay more on their investment gains has broad support.

Politically the Democrats have a winner in the billionaire tax and a winner in the form of robust safety nets and better infrastructure. And those are “winners” because having learned from the pandemic that direct aid to families and workers is something government can actually do, the Democrats could have taken their very slim majority in Congress and ploughed ahead with building on that simple and powerful plan.

Instead, they became mired in an old script of taxation, driven partly by a legitimate desire to be fiscally prudent and more than partly by a moralism that those with more aren’t paying enough and that inequality is a societal ill. That was a losing strategy. The billionaire wealth tax won’t do anything to reduce inequality, but it could generate some modest revenue to offset needed spending.

And even if the wealth tax doesn’t make the final cut, it doesn’t matter. What matters is the spending. That is all that should have mattered, and it is all that most voters care about. Having nearly snatched defeat from the jaws of victory, perhaps they will learn a lesson going forward: a government that gives is not just more popular than one that takes; it’s also one that does more for the collective good. The trillions in new spending will address long-standing needs that have been unaddressed, that the pandemic revealed as imperative and that will do much to make American great again. It’s a pity that getting there was so messy that the Democrats have managed to make themselves less popular even while passing popular measures.