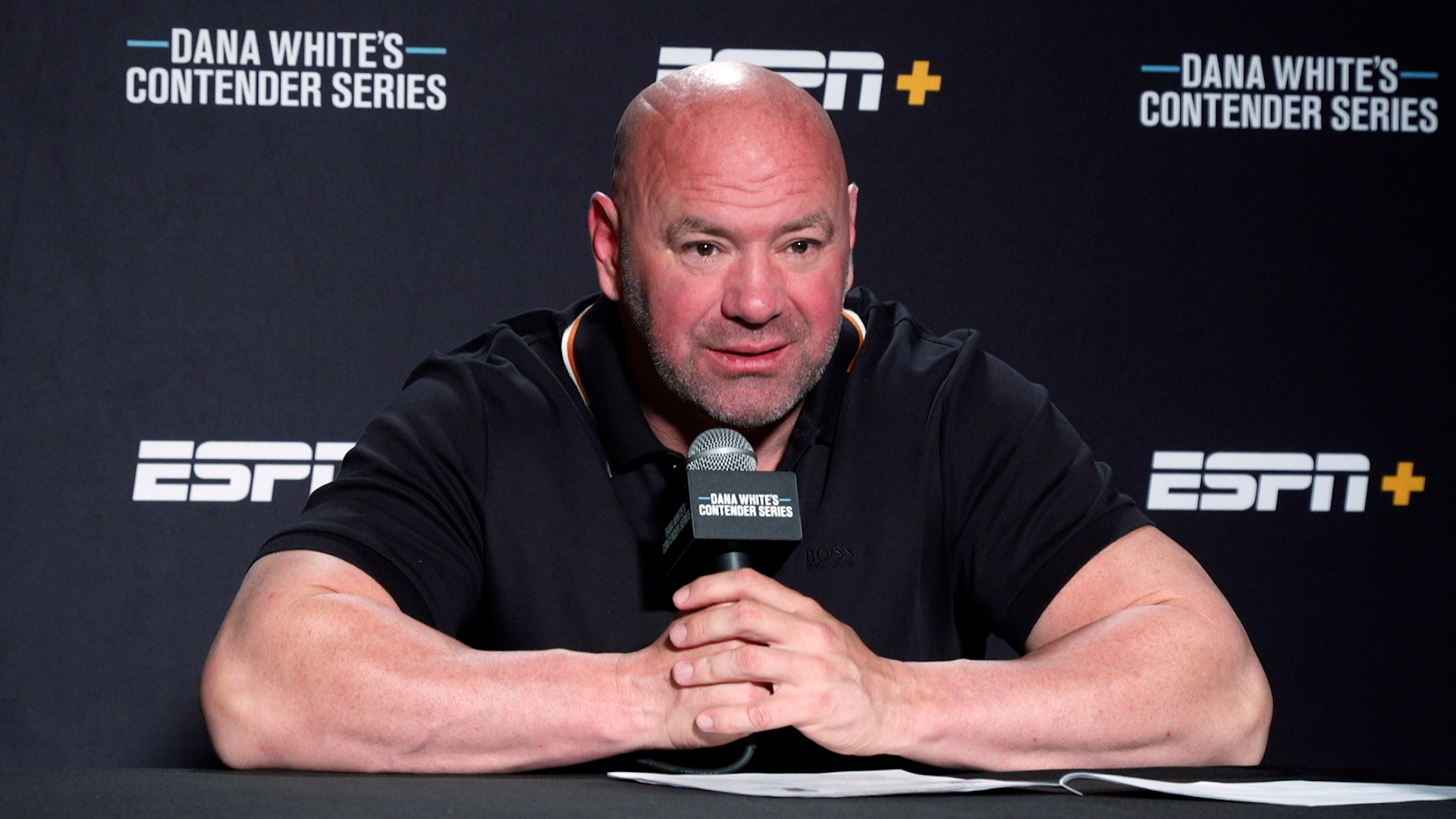 According to UFC president Dana White, bigotry is an acceptable form of trash talk amongst fighters. At least that was his response to a situation that unfolded during Monday’s Contender Series weigh-ins.

After Israel’s Oron Kahlon and Afghanistan’s Javid Basharat stepped on the scale for Tuesday night’s fight – Kahlon missed by three pounds – the two men came together for a ceremonial faceoff in which Basharat declined his opponent’s handshake. With UFC matchmaker Sean Shelby between them, Kahlon was heard calling Basharat a “terrorist.”

Asked Tuesday if Kahlon’s bigoted remark might have gone too far, even by MMA trash talk standards, White was clear that he didn’t have a problem with it.

“No, not in this business I don’t (worry that it’s too far),” White told reporters at the UFC Apex in Las Vegas. “If you look, you can add that to the pile of some pretty nasty things that have been said in this sport. And not just this sport – boxing, I’m sure muay Thai, kickboxing, you name it. Mean things are said.

“In this insanely politically correct world that we’re living in, this is one place that is not.”

“In this insanely politically correct world we’re living in, this is one place that is not.”#DWCS | Full video: https://t.co/y23imQsM3y pic.twitter.com/tS3RqskIYQ

Basharat went on to dominate Kahlon for nearly all three rounds at Dana White’s Contender Series 45 before submitting him with a guillotine choke with 48 seconds remaining. The performance was good enough to earn undefeated Basharat (11-0) a UFC contract.

As far as White is concerned, what happened to Kahlon in the cage is comeuppance enough for the UFC to not take any action.

“Are we gonna do anything? It got done tonight,” White said. “You know what I mean? It’s the beautiful thing about this sport. I say it all the time: This is not a nice sport. This is a very rough sport. We say a lot of mean things to each other, you know, and justice gets served at the end of the day.

“Listen, when you have a situation like that, the best way to solve the problem is you fight, and you fight legally. You get paid legally, and that’s what happened tonight.”