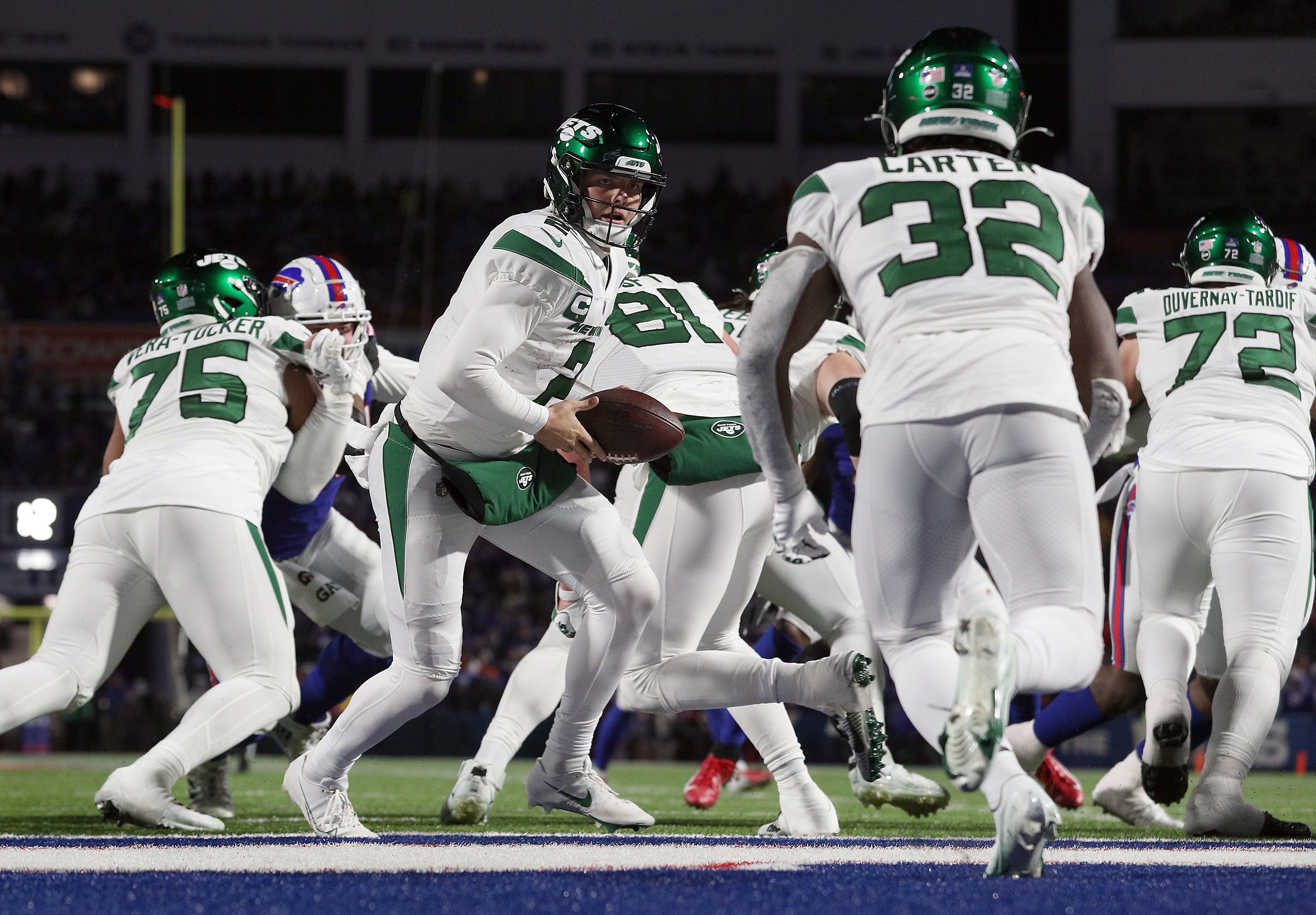 New York Jets quarterback Zach Wilson showed appreciation to his offensive linemen by giving them all a special gift.

Wilson posted on Twitter that he got every member of the Jets offensive line roundtrip plane tickets for anywhere they want to go:

Love and appreciate my guys. Thanks for protecting me all season long. Can’t wait to run it back next season. @nyjets @jetblue #partner pic.twitter.com/uWRT0gV1RS

This was a difficult season overall for the Jets, but their offensive line was quietly very good.

Per Sam Monson of Pro Football Focus, New York had the 11th-best offensive line in the NFL during the 2021 season:

“Every starter on the line earned an above-average PFF grade, even if they each had their wobbles over the season. Despite being without Mekhi Becton for almost the entire year, this line had solid play across the board, with George Fant deserving real praise for his development as a tackle. Fant allowed 18 pressures in 15 games and across almost 600 pass-blocking snaps.”

Wilson didn’t make life easy on that unit because of his knack for holding onto the ball. He was sacked 44 times in just 13 starts and his 370 yards lost on sacks were tied with Joe Burrow for most in the NFL.

Even though Wilson’s struggles during his rookie campaign leave the Jets in a precarious position, having a solid offensive line protecting him is good news as they look ahead to 2022.

If Wilson can start to get rid of the ball quicker and play in rhythm, there is a foundation in place for New York’s offense to improve.