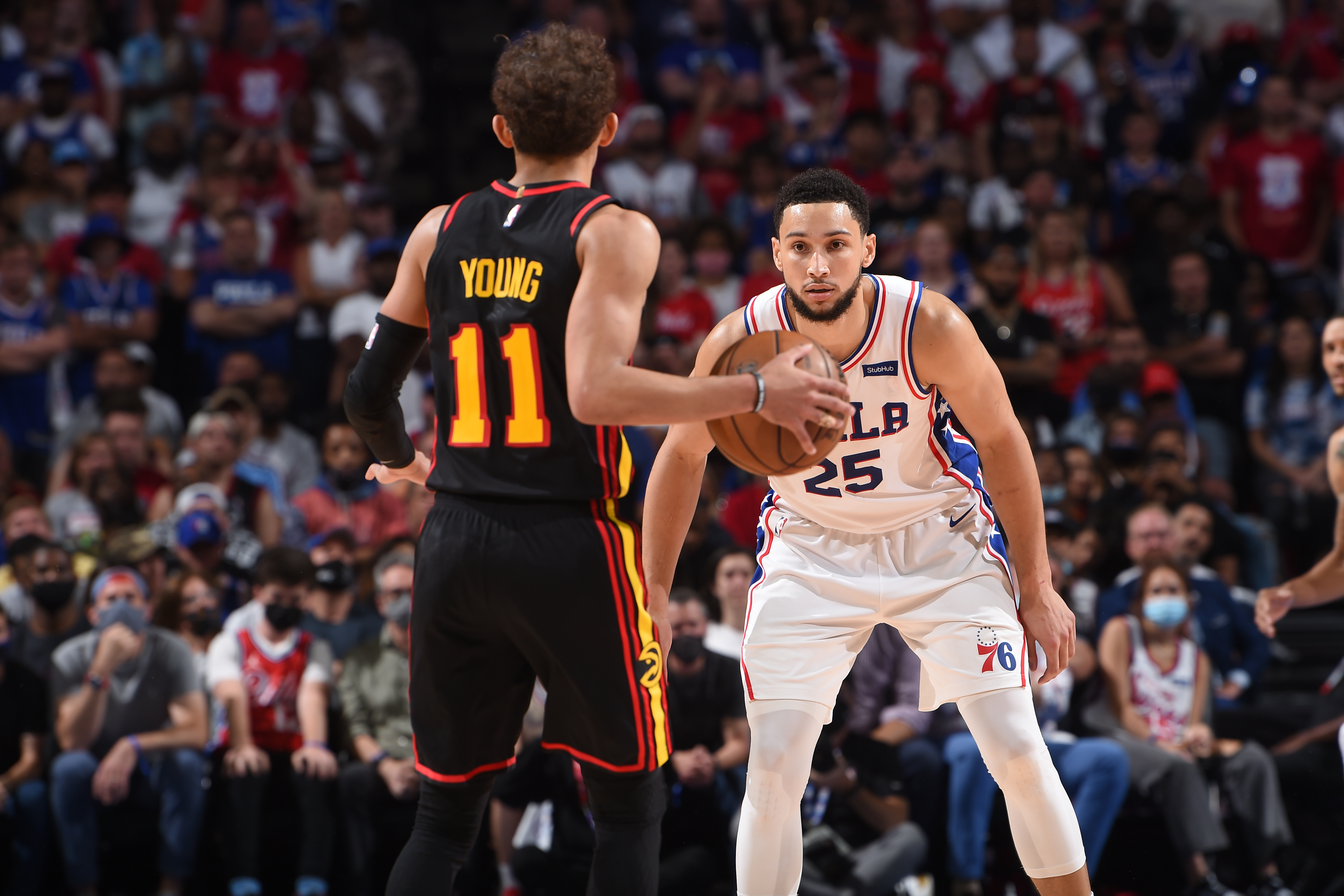 Despite reports that Ben Simmons is planning to hold out if the Philadelphia 76ers don’t trade him before training camp, the team appears poised to hold a hard line as they seek the best possible compensation in trade talks.

According to Tom Moore of the Bucks County Courier Times, the Sixers expect Simmons to show up and play this season and will fine him accordingly if he does not:

More #NBA source: ‘Eventually he’s going to show up. (#Sixers will) go from there.’ They apparently plan to fine Simmons if he doesn’t attend 2021-22 camp, preseason & so on. Don’t want to trade for draft picks & try to convert to players. Can’t get any of 5-10 NBA guys they like https://t.co/CVfFbQLJH4

Teams with interest in trading for Simmons might be waiting to see how uncomfortable the Sixers are willing to get if he holds out. They could be hoping to acquire him for a bargain if Philly decides it needs to ship him out at any cost.

Simmons has always been a fascinating player. On one hand, he’s arguably the league’s most versatile defender. He’s also a brilliant passer and a force when he attacks the basket in transition. His size, length, speed and athleticism are rare.

The fact is that Ben Simmons lack MENTAL TOUGHNESS… he needs to learn how to turn those BOOS into CHEERS and that comes from working hard and getting better in the off season. Joel Embiid did it! Carry the hell on… pic.twitter.com/TBfsPxnspn

On a team with four shooters surrounding him, those weaknesses might be less glaring. Simmons could play in the post and kick out to open teammates. Doing so in Philly isn’t possible since Joel Embiid occupies that territory and he’s the best post scorer in the NBA.

A trade appears all but inevitable at some point. The question is just how much value team president Daryl Morey will be able to extract at a time when everyone in the league knows Simmons wants out and he has reportedly made it clear that he isn’t interested in helping the team find a good deal.

For now, it appears the Sixers are ready to get uncomfortable.