‘Best Movie I’ve Seen in a Long While’

Home /Sports/‘Best Movie I’ve Seen in a Long While’ 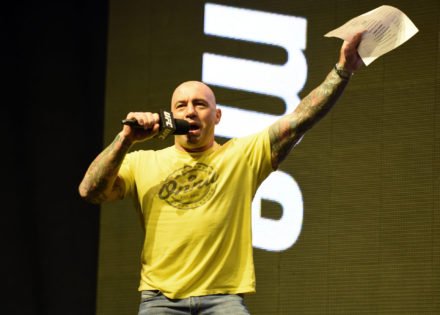 UFC’s color commentator, Joe Rogan, recently took to Instagram to express his appreciation for an American thriller comedy film ‘I Care a Lot.’ The piece is available on Netflix. Written by J Blakeson, the black comedy follows a court-appointed guardian who seizes the assets of elderly people, only to get mixed up with a dangerous gangster in the process.

Rosamund Pike, Eiza Gonzalez, Diane West, and Peter Dinklage are the most prominent actors in the movie. The movie has good reviews online from its watchers too. Also, Rogan, who has a plethora of knowledge in various fields like these, is full of appreciation for the film. So, one might be curious to give it a try in near future.

“I just watched “I care a lot” on @netflix, and it is a WILD f**king movie. Never heard anything about it and started watching based on a preview that popped up. Best movie I’ve seen in a long while,” wrote Rogan.

Platforms like IMDb, Rotten Tomatoes also rate the movie considerably good. And now Rogan’s recommendation will put his fans and MMA fans on notice about the film. The JRE Podcast host never disappoints his viewers and followers in these aspects.

Joe Rogan and the UFC 259 controversy

Recently, Rogan, who has been part of the UFC for over 2 decades, received some criticism from the UFC fans for his commentary duties. At the UFC 259 post-fight interview, Rogan implied that light-heavyweight champion, Jan Blachowicz, has also fought in the middleweight division, which was not the case. Blachowicz rectified him of that as he was surprised to hear it.

Also, some fans accused Rogan, and the whole commentary crew of the UFC in general, of biased commentary in the fight between Blachowicz and Adesanya. They thought the experts were favoring Adesanya with their words.

Despite those, Rogan remains an integral part of the UFC and his opinions are valued a great deal. He has been the reason many have become fans of the UFC. So, the promotion will look to have him on-board as long as it’s possible.

What did you make of Joe Rogan‘s recommendation of the film ‘I Care a Lot?’ Let us know.

Continue the conversation on the app, join other MMA fans on MMA Fans App