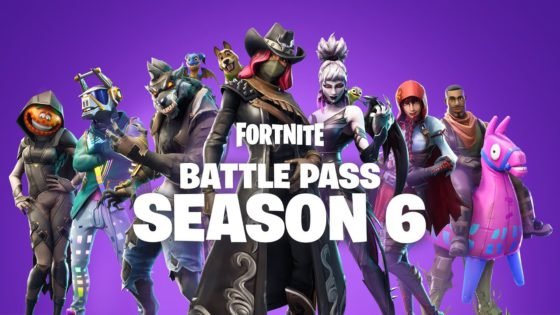 Epic Games has so far introduced a wide range of collaborations with Fortnite. Though Season 5 come to a full conclusion soon, the title has once again announced a unique collaboration that will add an amazing skin bundle, glider, and harvesting tool.

Teaming up with the protector of Galaxy, Fortnite has welcomed Galactic Rangers to the Battle Royale island. Gamers can find the new skin bundle in the store, which is now available for purchase for a limited period.

Also Read: How Fortnite Changed the Life of Lachlan

Fortnite adds the Cyprus Nell skin in the store

The new skin bundle will include lots of amazing goodies that fans can cherish. The collaboration has introduced Cyprus Nell skin, which will cost 1200 V-Bucks and will contain cool alternate styles between the base and an elite version. Gamers can purchase the unique harvesting tool for 800 V-Bucks and Glider for 1200 V-Bucks.

Further, gamers can also find an amazing Meteor Skimmer glider and harvesting tool Asteroid Trench. This bundle will only be available for purchase for 24 hours, so ensure you grab your copy before it leaves the storefront.

DC Comics Collaboration with Season 6 is on the horizon

In the upcoming days, gamers will get to witness the conclusion of Season 5. The developers have planned a solo event on March 16, which will pave the way for Season 6. This event will finally reveal the conclusion of Agent Jon Jones’ mission into zero point. The solo experience could either pit the players against the iconic Agent Jonesy, or it could introduce yet another massive monstrosity to take on alone.

Safe to say, this event will introduce some mysterious element that will force superheroes of DC verse to enter the fray. So far, Epic Games have added an amazing skin bundle for Flash, and a Batman collaboration is already in the works. Gamers could get to see more Justice League members like Wonder woman, Superman, Cyborg, Aquaman, Martian Man Hunter, and Green Lantern.

How will the DC storyline alter the island in Season 6?

Also Read: Fortnite Chapter 2 Season 6 Will Not be Entirely Based on DC Comics, Claims SypherPK